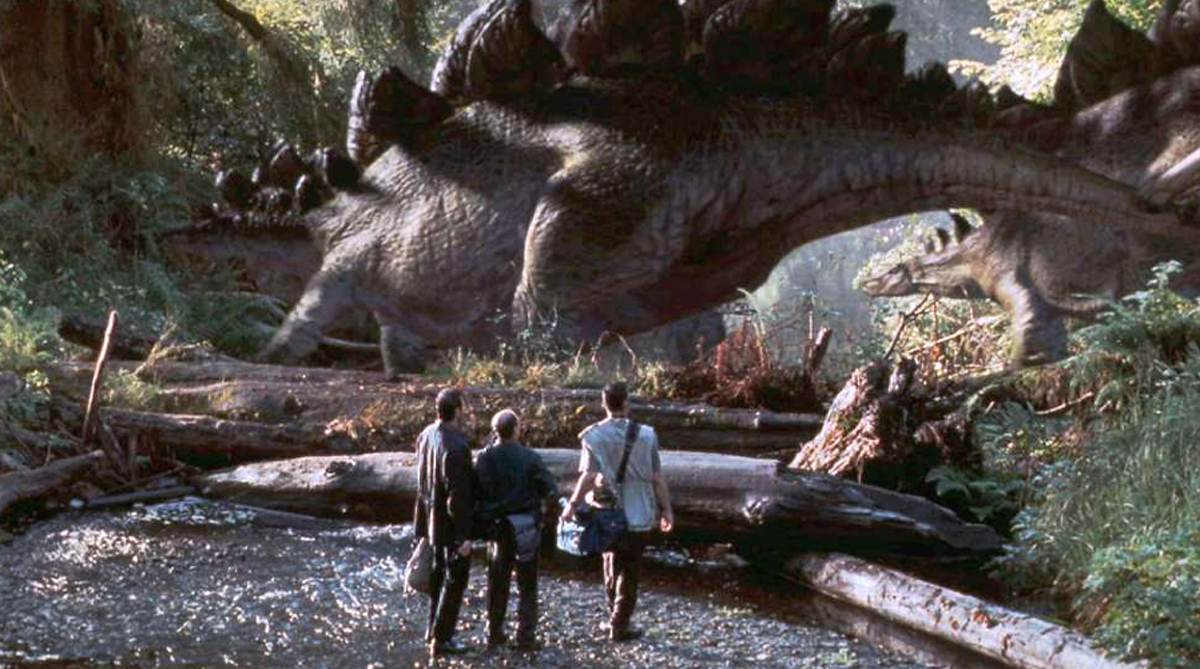 Green gorge is a favorite California wild place for many.

Ensconced in Redwood National and State Parks, located about 300 miles north of San Francisco, the narrow, dramatic canyon is famous for its 50-foot rock walls festooned in oversized ferns. From the top, tiny waterfalls trickle down through fuzzy mosses, and down below a creek rushes through the center over a multi-hued pebble floor.

The canyon has been designated a World Heritage Site and International Biosphere Reserve, and gotten its share of publicity over the years. Too much. A quick search on Instagram for #ferncanyon turns up 27,000 posts, and it’s also been used as a backdrop in a number of films, including “The Tree of Life,” an art film featuring Brad Pitt and Sean Penn, and Steven Spielberg’s “The Lost World: Jurassic Park” with Julianne Moore, Jeff Goldblum and Vince Vaughn.

After I visited the canyon for the first time in 2020 and learned it was a set in the dinosaur movie, I knew I wanted to watch it. Before I did though — and because I live about 45 minutes south of Redwood National and State Parks — I went back to the canyon three times first, each during a different season. Each was entirely different.

In the wintertime, the creek runs super high. On the canyon floor, toppled trees poke in all directions like pick-up-sticks. In the spring, the vibrant green ferns are flourishing and in the summer — when the footbridges are installed to assist with crossing the creek — it’s the vacationers that proliferate. When autumn rolled around this year, the wild mushrooms had really begun to pop, and the Roosevelt elk (which sometimes wander through the canyon) were calming down after their yearly rut.

Every time I visited, I wondered anew about the canyon’s role in the Jurassic Park sequel. I had seen the first movie as a teenager and definitely enjoyed it. But when the second one came out, I seemed to remember being told it was not as good as the first, so I skipped it. Earlier this week, as I lay in bed after my COVID booster, I decided it was time for “The Lost World.”

And now having watched the two-hour-long, $73 million production, I can say that there are some ways Fern Canyon probably shouldn’t be seen. Even Spielberg was apparently regretful that the movie didn’t turn out better.

The sequel has all the darkness of the first movie but very little of the awe and wonder, save for the “first encounter” scene — which was shot in the canyon. As humans gaze up at a group of stegosauruses wandering about in the canyon, its giant ferns, rushing creek and filtering light are on full display. Things go south after one character gets too close to a baby and adults come charging at her, swinging their tails and nearly impaling her after she dives into a hollow log.

Fern Canyon is featured again later in the film, when a villainous character stumbles on a group of mini velociraptors and they chase him around, attacking like piranhas with legs. He shakes them off a few times and tosses pebbles at them, but repeatedly falls over into the creek, and finally, they devour him off camera. The water runs red.

“That’s probably the most satisfying part of the whole movie,” says Richard Stenger, Chief Marketing Ranger with RedwoodCoastParks.com, a consortium of outdoor adventurers, conservationists and lodging partners in Humboldt County.

Even if the actors disappointed, Stenger says, Fern Canyon did not. “Too bad they don’t give Oscars for scene locations,” he says. “It’s not much of a stretch to drop Hollywood dinosaurs into Fern Canyon. It’s in one of the oldest forest ecosystems on the planet and resembles a patch of forest similar to what real dinosaurs might have lumbered through millions of years ago.”

The undisputed beauty of Fern Canyon — and its use in film — has actually become a problem, according to Redwood National and State Parks Chief of Interpretation and Education Candace Tinkler.

“Fern Canyon is a very fragile, special place,” Tinkler wrote in an email to SFGATE. “As visitation to our parks steadily increases and as Fern Canyon has, for various reasons, been recently spotlighted over and over again in everything from the media and internet to movies, it has become a destination and overcrowded.”

Park officials are looking for assistance from the media to encourage park visitors to instead seek out some of the less crowded and trampled areas, she added.

In fact, several years back officials looked at the cumulative impacts of Fern Canyon’s use in film and determined that it should no longer be available as a set. “We recognized that the best way to protect that area was to not continue to draw even more impact to it,” says Erin Gates, Acting Deputy Superintendent of Redwood National and State Parks.

“We also recognized that our state parks are protected for the people of California and the people who come to visit California,” she added. “By continuing to allow filming in an area that’s already being significantly impacted by increased visitation, we’re actually having to cut off visitation and access to parks.”

I was curious about what Gates and Tinkler thought of “The Lost World,” but as a policy state and federal employees must apparently remain neutral on such matters. “It would be very inappropriate (and against regulations) for us to use the authority of our position to steer customers to one business over another,” Tinkler wrote. “This applies to the movie business, too.”

Gates was able to say this, though: “Seeing the place with your own eyes is worth the experience.”